As Illumina continues to fight for its $7.1 billion Grail buyout, the American Antitrust Institute and a former antitrust official want to get involved. 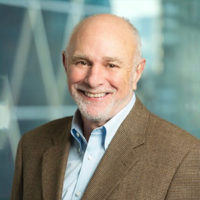 The Washington DC-based advocacy group and William Baer, former director of the FTC’s Bureau of Competition and assistant attorney general for DOJ’s antitrust division, filed a request on Monday to submit an amicus or “friend of the court” brief on a proposed fix that would have “important implications for the future of merger law and sound antitrust enforcement.”

It’s the latest move in a long-running battle against Illumina’s attempt to re-acquire its blood testing spinout Grail, which was originally launched out of Illumina in 2016. The FTC filed a complaint about the merger last March, arguing that it would stifle innovation for liquid biopsy cancer screening tests called multi-cancer early detection or MCED tests,…
Click here to view original post