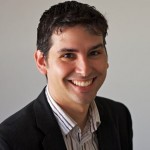 Stephen Larson is a science entrepreneur and scientist who spends his time actively seeking new models of collaboration for scientific development at MetaCell, where he is CEO, co-founder, and senior consultant. He recently earned his Ph.D. in Neuroscience from the University of California, San Diego. His research focuses on the intersection between computer technology and biological systems and on how computer systems can help us understand fundamental principles of life. In addition to co-founding OpenWorm.org, an online community for the creation of an in silico virtual organism, his projects include online resources for neuroscience such as NeuroLex.org and WholeBrainCatalog.org. He has developed a patent, presented at more than two dozen forums, published in academic journals such as Frontiers in Neuroscience and Nature, and has had his work featured in the New York Times, Wired, Discover, and MSNBC.com. He has served as the Program Leader for the Startup Leadership Program in San Diego, building community amongst early career entrepreneurs. Prior to his graduate studies, he gained practical experience in software engineering and project management through the writing of software applications for the Equity Research division at Morgan Stanley in New York City. Stephen earned a Master and Bachelor of Computer Science from the Massachusetts Institute of Technology, where he wrote a Master’s thesis dealing with self-organizing knowledge representations in the field of artificial intelligence.

Advertisement
Advertise With Us