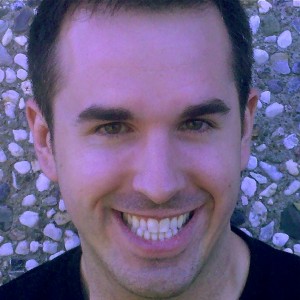 Biography: Joseph P Jackson III is an entrepreneur, angel investor, and activist in the “Open Science Movement.” He has been studying the rise of new open innovation models since 2000, when the arrival of Napster prompted him to think radically about the economics of sharing in the digital era. He is a graduate of Harvard College (2004) and the London School of Economics (2005).
As Founder of the Open Science Summit, and co-founder of BioCurious, the first Silicon Valley biotechnology membership lab, he and his work have been featured or quoted in Popular Mechanics (August 2011), GQ (France), Nature, the Wall Street Journal, the New York Times, Boston Globe, and many other blogs and outlets.
A recognized thought leader in the emerging DIY (do it yourself) biology movement, he consults to a range of early stage biotechnology companies and to different stakeholders in government (FBI, HHS), academia, and industry, as these groups seek to understand the critical issues surrounding Open Innovation in the 21st century knowledge economy.

As an entrepreneur, he has focused on the convergence of biotechnology and information technology. He is a mentor to the Thiel Foundation 20under20 program, was a participant at the Unreasonable Institute 2010 inaugural program, a participant in Start Up Chile, and a 2011 Echoing Green Finalist (one of 30 entrepreneurs out of more than 20K applicants to the oldest Social Entrepreneurship program in the world). His mission is to enable the emergence of a new era of entrepreneurship by democratizing access to technology and distributing it so that small innovators can leverage it to have large impacts. He relocated to Carlsbad in January 2013 to oversee the launch of the Bio, Tech, and Beyond community lab incubator.
Tell us about yourself:
I am an activist, entrepreneur and organizer in the “open science” movement.
What gets you up in the morning?
Caffeine and a foreboding sense of impending doom. Seriously though, there is a sense of urgency that the pace of biomedical innovation must accelerate if we are to make any progress against the great public health challenges of the 21st century (age related diseases such as neurodegeneration and more).
What’s your current job and how did you get involved with it?
I currently oversee the Bio Tech and Beyond lab incubator in Carlsbad. I originally met the city of Carlsbad in 2011 after learning from a colleague at UCSD that the city had been trying to establish an incubator to encourage economic development in North County. We put together a team and submitted a proposal to establish a program but ultimately we didn’t pursue it. 18 months later I revisited the idea and we submitted another proposal, this time deciding to jump in and give it our best shot if we were awarded the opportunity.
How and why did you choose your current location?
We are in Carlsbad because the city granted us the use of a vacant building for 5 years to establish a life sciences incubator. Carlsbad is a great location in many respects, with a great climate and highly skilled workforce. However there is a perceived distance from the heart of the biotech cluster located near UCSD and Torrey Pines.
Describe your company’s funding and business model:
We have a hybrid approach. We rent bench space to early stage start ups at a greatly subsidized (below market rate). We also foster several business to business services and are working to establish opportunities for underemployed biotech professionals to pick up contract work. In this model of “freelance biotech” the researchers can earn cash flow while they are in between full time long term positions and our lab gets a cut. Finally we have a number of NIH and SBIR grants that we have submitted and we expect to have a pipeline of these which will pay overhead/indirect costs to support the lab.
What’s been the most important quality for achieving success in your case?
Extreme persistence and the willingness to be flexible to chase all kinds of business opportunities.
What’s been the proudest moment in your career?
Several moments stand out. Holding the very first Open Science Summit in 2010 to rally a global community around the ideals of accelerating research. The launch of BioCurious as the first community lab in the world. The creation of Bio Tech and Beyond and launching our lab with over 400 people in attendance. The opportunity to work with inspiring patient advocates like Eric Valor, who despite his affliction with ALS, continues to strive to find a cure and is undaunted.