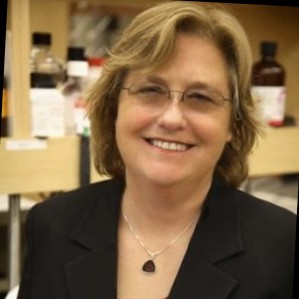 Inducible pluripotent stem cells (iPSCs) are cultured cells with the ability to become any cell type present in the species from which it came. Jeanne Loring (Professsor Emeritus at Scripps Research and the Chief Scientific Officer at Aspen Biosciences) is an expert in this area.

In this episode, she described how iPSCs are made and what they can be used for. Spoiler alert: skin cells and lots of important stuff.

One example is to create dopamine neurons that may be used as a treatment for Parkinson’s disease.

Outside of human health, they may help to save endangered species. The Northern White Rhino is functionally extinct as there are only two females left. The good news is that back in the 1970s, when the era of gene manipulation was just beginning, someone at the San Diego Wild Animal Park had the foresight to take skin cells from animals and deep freeze them in liquid nitrogen.

The Northern White Rhino’s future is in those frozen samples. It’s a fascinating and exciting story.