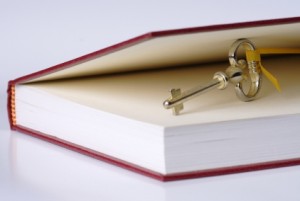 During our May 28th Social Media for Scientists (SMS) SDBN event, William Gunn talked about friendfeed as a useful tool for discussing science and learning. We polled the attendees before the event and found that they knew almost nothing about it, and had little interest in learning about it. We set up a friendfeed room for the group and frankly have not had much adoption.

So, what’s so great about friendfeed, why do we keep talking about it? Friendfeed aggregates all of your activity on social media, so that when you post anything on twitter, your blog, Flickr, etc. (58 social media applications are available), all of your connections there see it. Now, think of this used with a scientific ‘persona,’ if you will. You can share interesting articles, blog posts, presentations–some people even post data on Flickr–with your colleagues. Every post can be commented on, leading to interesting discussions. See this example of how friendfeed was used to stimulate and manage discussions regarding the conference, and the interest was so high that posts were thought to be spam!

Friendfeed takes it one step further, allowing you to form and join groups which focus on topics (see table below). You can benefit from group members’ posts, ask questions of the group, and take part in the discussions from any post. Scientists have been using the web to interact via forums and mailing list for a long time (we even discussed friendfeed vs. these older ways of communicating there). While someone pointed out that there is ‘nothing wrong with the old forums and mailing lists’ and that ‘you can post longer items using the old methods’ I see real value in the ‘2.0’ forms of communicating such as friendfeed. With these types of social media, as with media such as twitter, often people post interesting observations that lead to unexpected comments and new directions–there is a level of serendipitous discovery that occurs. Also, because the groups are full of like-minded people, there is not much noise, and even discussions that are tangential to your work can be interesting. As William Gunn pointed out in our SMS presentation, you can also search all posts and comments from your friends or groups, leading to one of the most targeted web searches available (bing, eat your heart out).

One thing that I find incredibly interesting is that these groups can also become commentaries on larger issues. See the References Wanted group below–it is a repository for articles that scientists cannot access freely, and thus a commentary on the need for more open access science, paradigms that journals such as PLoS subscribe to. In addition, you’ll find that the scientists on friendfeed are keen to learn about new tools–see the Evernote Addicts group, a group dedicated to software for aggregating information that scientists (and others) find very useful. As with other types of social media, it is not clear what the lifetime of friendfeed’s relevancy will be, but you can be sure that the people here will be ahead of the curve in knowing what the ‘next big thing’ for scientists will be, even if it means moving away from friendfeed or being a ‘force’ to help change it.

As with other social media, the best way to learn is to try it yourself. I suggest signing up and subscribing to the groups below, getting email updates for convenience at first. We realize that some of you are still hesitant to join, and that’s OK. It turns out that Facebook and friendfeed have a lot of similarities, as a fan page can be set up for a group of people, and items can be posted on and discussed among members. We set up a SDBN fan page for this purpose, become a fan and start posting and interacting! We hope that it will give you a ‘taste’ of ‘serendipitous scientific social media’ and that you’ll be inspired to participate in tools such as friendfeed. We’ll also continue to help you learn more about the tools for science in social media through blog posts and events. As we mentioned at the SMS event, participating in social media gives you a way to get a ‘leg up’ from your colleagues in real time, and we think that once you start experiencing it, you’ll be as hooked as we are!

P.S. On friendfeed there is even a discussion on this post!

Don’t see a group that interests you? Search the friendfeed groups for your research area or anything you’re interested in, or start your own!

Posted by Mary Canady of Comprendia, which helps life scientists and the industry improve communication through social media and marketing strategies. Special thanks to Sally Church of Icarus Consultants & PharmaStrategyBlog for helping with the list of groups, and to the friendfeed life scientists group, who let this ‘marketer in scientist clothing’ participate in the group. Also thanks to William Gunn, for help and convincing me to persist with friendfeed even though I didn’t ‘get it’ at first.

Virtual Biotech Part 1: What We Learned About Effectively Outsourcing a Drug Discovery Program

The first in our Virtual Biotech series, our July 19th event was a success.? Thanks to our participants ? some of San Diego?s leading virtual drug discovery scientists and CROs – for sharing their valuable […]

This episode was previously published on Life Science Marketing Radio. Scientist.com is an online marketplace where pharmaceutical companies can quickly source projects for almost every stage of their research, without having to go through a […]